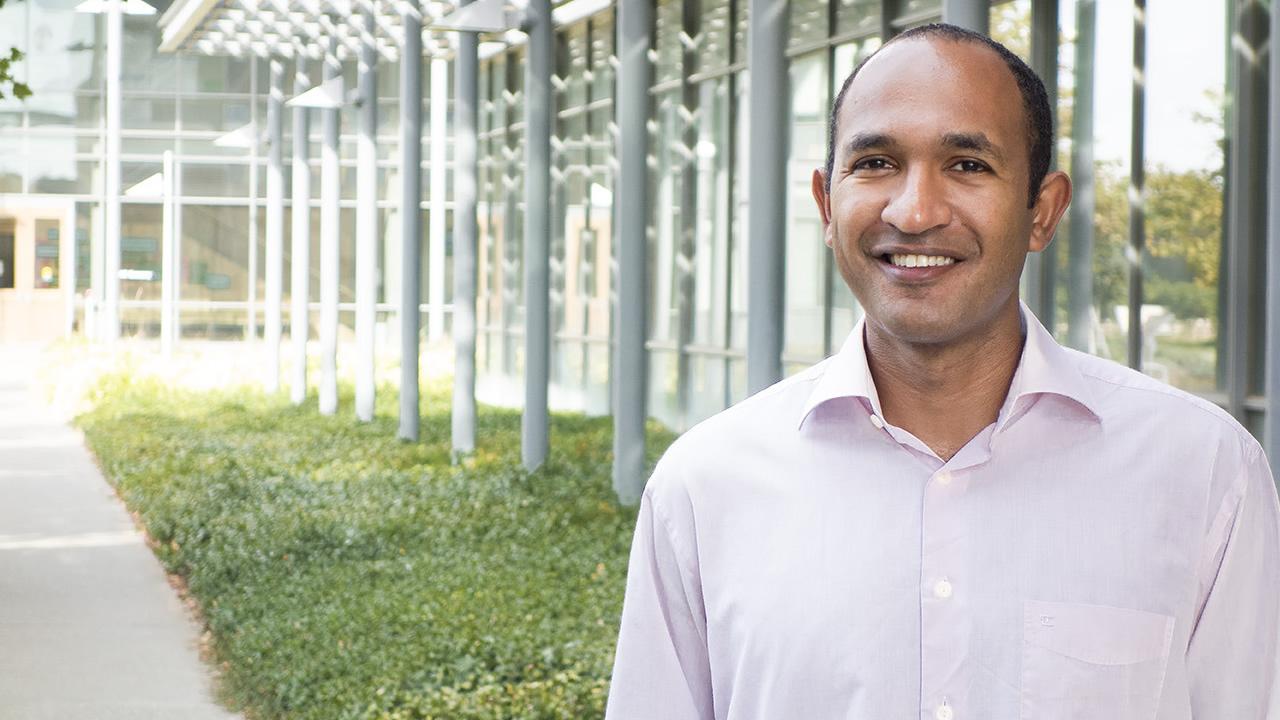 Taha explores the health implications of eating too much linoleic acid

By Diane Nelson, CA&ES
There are good and bad fats, nutritionists say. But not all polyunsaturated fats, the so-called good fats, are created equal. A food chemist at UC Davis is exploring whether eating too much linoleic acid—a type of polyunsaturated fat found mainly in vegetable oils—can cause chronic inflammation, headaches, and other health problems.

“Others have shown that too much linoleic acid could be bad for the heart,” said Ameer Taha, an assistant professor with the Department of Food Science. “My research shows that it might also be bad for the brain.”

In collaboration with colleagues at the National Institutes of Health (NIH,) Taha conducted dietary tests with people who suffer drug-resistant, chronic migraine headaches. When migraine sufferers reduced linoleic acid and increased consumption of omega 3 fatty acids—polyunsaturated fats found in foods like fish, walnuts, and olive oil—their migraines decreased 40 percent. Taha has also shown that in rats, too much dietary linoleic acid reduces the brain’s capacity to cope with inflammation, which can cause migraines.

The dietary fat debate goes something like this: If we replace the saturated fats found in foods like beef and cheese with polyunsaturated fats—like those in vegetable oil—we will reduce our total cholesterol and improve our health.

Reducing cholesterol is good, Taha says, but there is more to it than many doctors and patients realize.

“Cholesterol matters, but oxidized levels of linoleic acid may matter more,” Taha said. “Replacing saturated fats with vegetable oils such as soybean and corn oil may not be the best strategy.”

Christopher Ramsden, a clinical investigator at NIH recently showed that diets replacing saturated fat with linoleic acid did not decrease the risk of heart attacks or death, despite lowering blood cholesterol. Taha was a postdoctoral fellow at NIH before joining the UC Davis faculty in 2014 and researched linoleic acid alongside Ramsden.

“Chris and his colleagues went back through data from the 1960s and found that study participants who ate a diet low in saturated fat and enriched with corn oil reduced their cholesterol by an average of 14 percent, but the low-saturated fat diet did not reduce mortality,” Taha said. “In fact, they found that the greater the drop in cholesterol, the higher the risk of death during the trial.”

How much is too much?

Our bodies need linoleic acid for basic functions like blood clotting and muscle movement, and we cannot synthesize it on our own. So, we have to consume some linoleic acid to stay healthy. The question is, what is the right amount?

“When we can measure how much the liver puts into the blood in relation to how much is consumed by organs, we can start to understand how much linoleic acid we should consume when we’re 2 and 20 and 70,” Taha said. “Requirements change with age, disease and genes. Knowing how much our body needs will allow us to better regulate our consumption of linoleic acid, so we will be healthier as a population, overall.”

In the meantime, Taha says he sticks with fats that are relatively low in linoleic acid, like butter, olive oil, coconut oil, and canola oil.

Processed foods are often high in linoleic acid because they are usually processed or fried in vegetable oils like corn and soybean oil.

“You can trace the rise in linoleic consumption in North America to the rise in use of soybean and other vegetable oils in processed food,” Taha said.

So, when it comes to “good” fats, foods high in omega 3 fatty acids (like grass-fed beef, salmon and walnuts) and low in omega-6 fatty acids, like extra-virgin olive oil, might be best of all.