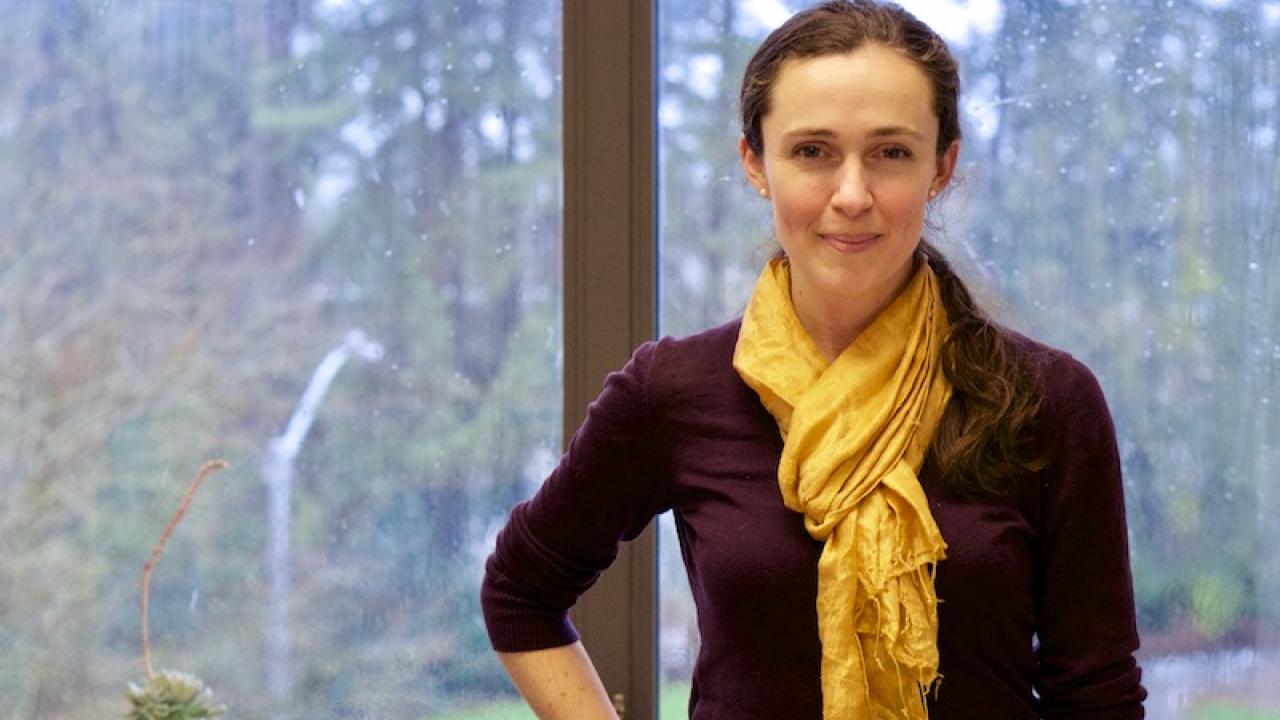 Reina Engle-Stone was halfway through her biology degree at Cornell University when she discovered global nutrition.

Her introduction was a nutritional epidemiology class, and almost immediately she was hooked. “You could take biology and apply it to other things. I thought, this is great, this is what I want to do,” she says.

Engle-Stone was hired in September as an assistant professor in the UC Davis Department of Nutrition. Her office in Meyer Hall has a colorful map of the world, and some of the ephemera around her desk includes a Ziploc bag of aromatic bouillon cubes from Cameroon, in West Africa, where she’s done a lot of her research.

Her focus is micronutrients. Specifically, assessing whether large populations are getting enough of them (or sometimes too much), and then making recommendations about nutritional fortification. “Micronutrients is a catchall for anything we need in very small quantities,” she explains.

The types of questions she considers can be significant. For example, with statistical modeling of the costs and benefits of micronutrient fortification programs, she considers questions like: “If you put this program in place, how much is it going to cost and how many lives might be saved by implementing program A versus program B?”

Most Americans take fortification—the addition of micronutrients to our food—for granted. Our milk has added vitamin A and vitamin D. Our salt has iodine. Breakfast cereal is fortified with iron. Each one of these additives was put in place to address the diseases caused by nutritional deficiencies: Not enough vitamin A can cause blindness. Not enough vitamin D can cause rickets. An iodine deficiency can cause mental retardation. Not enough iron causes anemia.

For developing nations, figuring out which micronutrients are most needed, and what might be the best and most cost-effective delivery mechanism for those nutrients, can be a challenge. But when implemented, nutrition fortification programs can dramatically improve the health of the country’s inhabitants. Which is why Engle-Stone brightens when she talks about being part of the team that helped Cameroon design a national food fortification program for wheat flour and cooking oil.

“We’ve been doing some follow-up work to see if the program is actually working. We check if we can see improvements in nutritional status. And we have seen improvements, which is exciting,” she says.

Cameroon, on the West coast of Africa, is a little bit larger than California but with a slightly smaller population — 22 million compared to California’s 38 million. The country has diverse geographies and regions — coastal, mountains, desert, rain forest and savanna grassland. The cuisine is also considered one of the most varied in Africa, with influences from around the continent as well as from the different European colonizers.

In 2009, as research for her Ph.D. dissertation at UC Davis, Engle-Stone spent a year traveling around the different regions of Cameroon, part of a team collecting data on dietary intakes for women and children. She was the only American — the rest of her team members were Cameroonian. For the study, researchers collected blood and breast milk samples to measure levels of micronutrients. They also recorded health indicators such as height and weight.

“The important micronutrients we worry about in Cameroon include iron, zinc, vitamin A, folate, vitamin B12 and also iodine. Obviously, there are many other ones,” says Engle-Stone. In addition to all the other health problems that come from nutritional deficiencies, deficiencies in vitamin A and zinc particularly increase the risk of child mortality.

“Those two are so critical for the immune system. And the children’s immune systems in Cameroon are just kind of bombarded with things, from malaria to gut parasites to everything else.”

The data the team collected were used to help the government in Cameroon come up with specific recommendations.

Cameroon’s program for fortifying wheat flour and cooking oil was implemented in 2011. Later, blood tests to check for levels of the micronutrients in the population showed dramatic improvements.

“We got the data back and at first we didn’t believe the results because it looked like the values were too high. We thought, well this can’t be possible. But then we retested and the same values came back again. They were spot on,” she says.

Improvements like those with the Cameroon fortification program keep her motivated, especially, she notes, when there are so many other problems she can’t solve. Many residents in Cameroon have no running water, no bathrooms, no lights. Kids don’t have shoes. 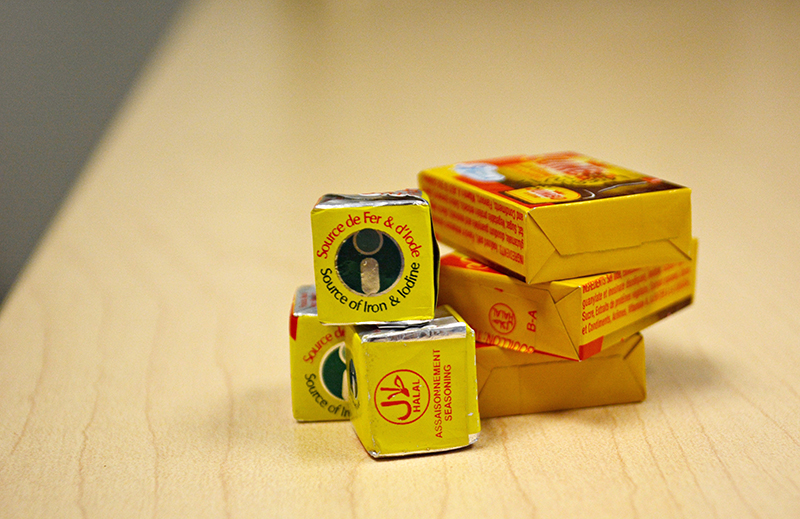 From a nutritional standpoint, Engle-Stone also sees a confluence of factors in Cameroon and other developing countries leading to increasing levels of overweight and obesity, plus all the diseases associated with those conditions: Type 2 diabetes, high blood pressure, heart disease.

“We are trying to think about how to deal with those things together,” she says. “We ask, what can we accomplish with just education versus how much do we need to work at a higher level to remove barriers to better health?”

A common misunderstanding, when Engle-Stone tells people that she works on nutrition in Africa, is that people think Africans simply need more food. Which, she says, can be the case when it comes to famine or drought. But the ongoing challenge “is not just having enough food, but having the right quality of food in order to be healthy and economically productive and live a full life.”

As for the bouillon cubes in her office, they are another possible vehicle for nutrient fortification.

“We think about oil and flour as being staple foods, but in Cameroon and lots of parts of West Africa everybody consumes these,” she says pointing to the bouillon. “Almost every sauce uses these, so if you want a food vehicle that’s going to reach your entire population, this is it.”

She says companies in Africa are starting to add iron and vitamin A as a marketing tool, but sometimes only in token amounts. But the impact of fortified bouillon is something she’s exploring.

“In some cases, it really could have a big benefit at essentially no cost to the government. So, we are looking at products like bouillon to think about how these different nutritional strategies for the country can match up.”

Cameroon is just one of several research projects Engle-Stone is working on. She has also been working in the Philippines as part of a multi-country study lead by Newcastle University in the UK, and she is in the proposal stage for a new micronutrient study in Ethiopia. Another project she is researching is micronutrient deficiencies in California, possibly in the Central Valley.

Engle-Stone is also teaching a nutritional assessment class in the spring and developing a new elective for the nutrition program next year. She enjoys teaching.

“I think seeing students get excited is motivating. It’s another remedy in terms of thinking about how big the problems are. It helps me stay focused on what is good and hopeful and exciting in what we are doing.”