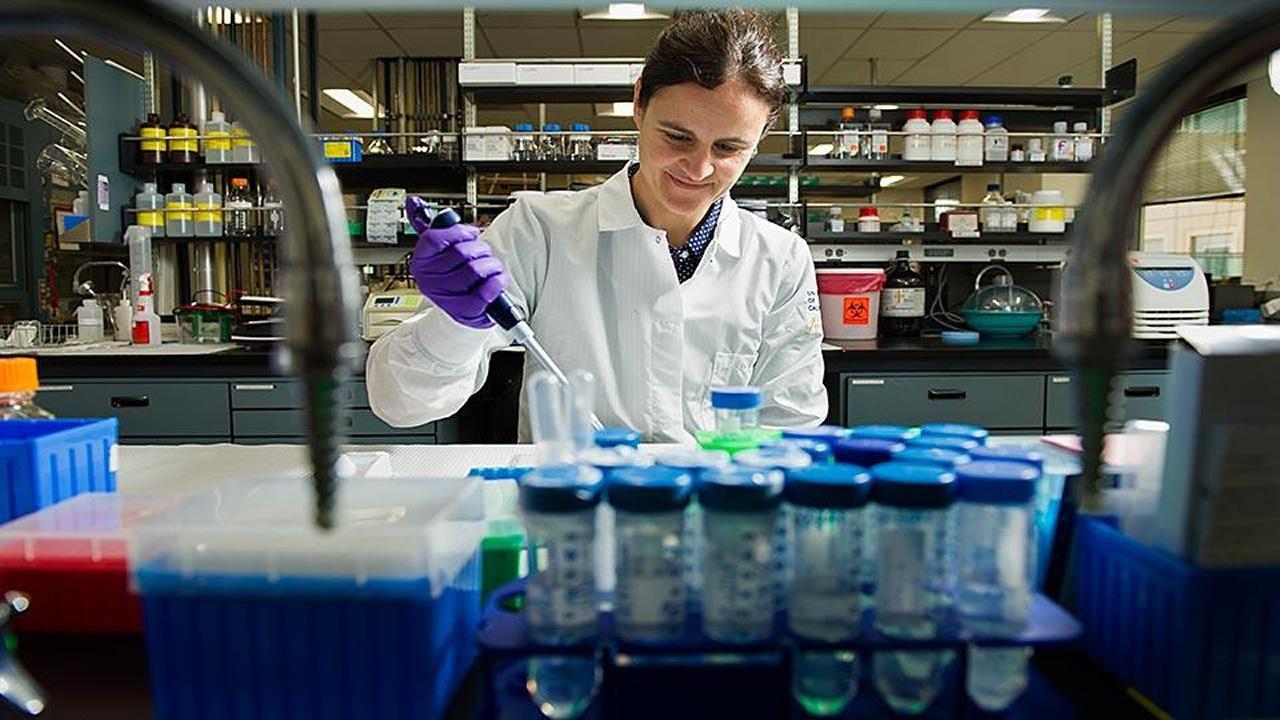 To most of us, HDLs, or high-density lipoproteins, are simply tiny, cholesterol-rich particles that act as the biochemical “good guys” in the battle against clogged arteries and coronary heart disease.

But a team led by University of California, Davis, researchers found that not all HDLs are alike. The amounts and specific structure of complex sugars called glycans in these particles can powerfully influence the body’s inflammatory and immune responses.

“HDLs are these cool little particles, but they are incredibly diverse in composition,” said the study’s lead author Angela Zivkovic, an assistant professor in the Department of Nutrition, whose research focuses on personalized or “precision” nutrition. “They continually remodel themselves, gaining new functions as they change.”

“Based on the findings of this study, we anticipate that profiles of the glycan-containing glycoproteins in HDL particles could provide valuable biomarkers for predicting a person’s susceptibility to inflammatory diseases and to certain types of infections,” she said.

Zivkovic and colleagues have reported their findings online in Nature’s Scientific Reports and filed a patent application on the newly identified process.

More than meets the eye

During the past decade, scientists have discovered that HDLs not only help prevent the hardening and narrowing of the arteries associated with heart disease and stroke, but also play key roles related to the body’s inflammatory and immune responses.

It also has been shown that HDLs’ anti-inflammatory capacity is reduced in people with Type 2 diabetes or metabolic syndrome, which is characterized by high blood pressure, obesity, low HDL levels and high blood sugar and triglyceride levels.

The relationships between HDLs and the immune system are poorly understood, and researchers are looking for new connections that may explain how HDLs interact with the immune system to turn inflammation on or off.

At first, it seemed that the connection between HDL and health was straight-forward: the more HDL a person has circulating in their bloodstream, the less likely they are to get heart disease. But drugs that increased HDL levels failed in clinical trials: patients who were on the drugs actually had a higher likelihood of dying.

“We now know that it is not just the amount of HDL in your bloodstream that counts, but exactly what proteins and fats the particles are made of,” Zivkovic said. The glycans attached to those proteins and fats act as keys to let the HDL particles do their job, she said.

Using a sophisticated analytical system developed by Professor Carlito Lebrilla in the UC Davis chemistry department, Zivkovic and Lebrilla were the first to demonstrate that HDL particles are not “naked,” as depicted in most textbooks, but instead are covered with glycan sugars. They then showed that measuring the amounts and types of these glycans on HDL could identify people who have heart disease. Their next question focused on whether these sugars affect the function of HDL.

Zivkovic and colleagues set out to examine just how HDLs’ composition impacts their capacity to influence the immune system.

The researchers analyzed HDL glycans from 50 patients, identified as being either healthy, diabetic and receiving dialysis treatments, or exhibiting symptoms of metabolic syndrome.

The analyses revealed that the patterns of attachment of the glycans to the HDL proteins were characteristic of the patients’ health status.

More importantly, the glycan profiles indicated which individuals’ HDLs were boosting or inhibiting production of interleukin 6, a protein related to the body’s inflammatory response.

“What’s exciting is that the traditional markers of disease risk, like LDL cholesterol levels, BMI (body mass index), and blood pressure were not able to predict whose HDL would be pro- vs. anti-inflammatory, but the glycan profiles of their HDL did,” Zivkovic said.

Zivkovic said that additional studies of larger patient groups are now needed to explore the influences of gender and age on HDLs’ influence on the immune responses.

“Now we want to see what we can do to change the glycosylation of a person’s HDLs,” Zivkovic said. “As a nutritionist, I am looking at dietary approaches, but to a cardiologist, that might mean new medicines to alter HDL glycosylation.”